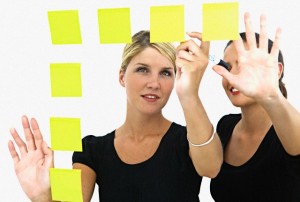 Are your systems being ignored?

Okay – everyone knows a business needs systems.  But what do you do when you have systems and they aren’t being followed?  Or when they are being blatantly ignored?

You go and find out why.  You ask.

There are many reasons why this might be happening.  Here are just seven.

1. The staff just doesn’t see the point.
Sometimes a system is put in for the sake of the system and not much else, or the reason is that the outcome has never been explained properly.  I once saw a system of the way toilet paper was put on the holder.  It was important to the owner, but the staff thought it was way too .. um .. detailed!

2. The system is too complicated.
When a systems gets complicated and convoluted, it generally means that it is actually a whole bunch of systems masquerading as one.  Try breaking it down into a flow chart and then looking at each box on the chart as a system in itself.  Or look at the outside systems that may be feeding into the system.  Simplify wherever you can.  Sometimes you can use checklists as part of a complex system to help people confirm they’ve done it all.

3. The system is too vague.
They don’t understand the result or the outcome and its relevance or importance.
Every system needs a stated objective or reason that it exists.  If there is no clear outcome, can you blame anyone for not taking it seriously?

4. They can’t be bothered.
If you have people with this attitude, you need to look carefully at why you hired them in the first  place, and why they are still there.  Why would anyone hire and pay people who can’t be bothered?  Maybe it’s time for them to move on to somewhere where they can be bothered, or to an employer who doesn’t mind paying people with that attitude.

5. There was no training for it.
Before you implement a new system, think about the best way to introduce it and get buy-in from the people who are going to be driving it

6. It’s never tracked or measured.
If no one cares about the end result, why bother to do it?  Track or measure the results and discuss them with those driving or operating the systems.

7. There’s no understanding of the ramifications of the systems not being followed.
If the system is important to the business, check in that people are aware of the impact when something is not done correctly, missed or late.  There is going to be an impact on their workmates, the clients or the business – or all three.  Talk it through with them.

I’ve been looking at this and noticing that maybe we could do it better.  You spend a lot of time in this area, can we look at how we can improve it?

Work on it together.  When people have ownership they are far more willing to adopt it.

P.S. Learn more about working ON your business–talk to the coach! Click here to connect with me!

The Top 7 Tips for Working ON
Your Business Not IN It.

Claim your complimentary eBook: The Top 7 Tips for Working ON Your Business Not IN It

This eBook contains valuable information for you to take action immediately to build the business of your dreams!

"Coaching with Lesley Ann has completely transformed the way I DO business and the way I THINK business. "
I did not truly understand the benefits that coaching was going to provide when I started. I just knew that there had to be a better way than what I was doing at the time. Coaching has transformed the way I am as a business women and in turn I have been able to grow my business into the vision that I intended. Thanks to Lesley Ann for giving me the tools to achieve and succeed - I no longer own a job I now own a business. Thank you.

"We learned how to turn chaos into control and got rid of the constant stress..."
One of the first things Lesley Ann had us do was to look at the work Rob was doing and put a dollar value on everything he did. That was an eye-opener. Rob understood that he was doing jobs that he shouldn't have been doing. Now we are much more streamlined and he has the right people doing the right things.

We have learnt how to manage our people really well and we do regular reviews. We even do 6-monthly reviews with our subbies and help them with their systems and documentation and they are better subbies for it.

Our advice to anyone thinking about working with Lesley Ann is: You don’t know what you don’t know. And nothing will change until you find out what that is and what you can do about it….and then just do it!

This helped me develop a clear picture of what I’m trying to achieve and gave me a way to achieve my goals.

Having the coaching has been a huge benefit as Lesley Ann was able to relate the boot camp concepts directly to my business. It has also kept me focused and motivated knowing that I had a boot-camp session coming up each week.

There’s no chance of the momentum slowing now my whole way of thinking about work has changed and I don’t think I’ll be slipping back into any bad habits because I have a really clear picture of what it is I’m trying to achieve.

I think anyone with a small business would benefit greatly from the boot-camp.

In the eight months after I did the Bootcamp, our revenue increased by 60% and my ‘off the tools’ time went from practically none to around 12 hours a week.